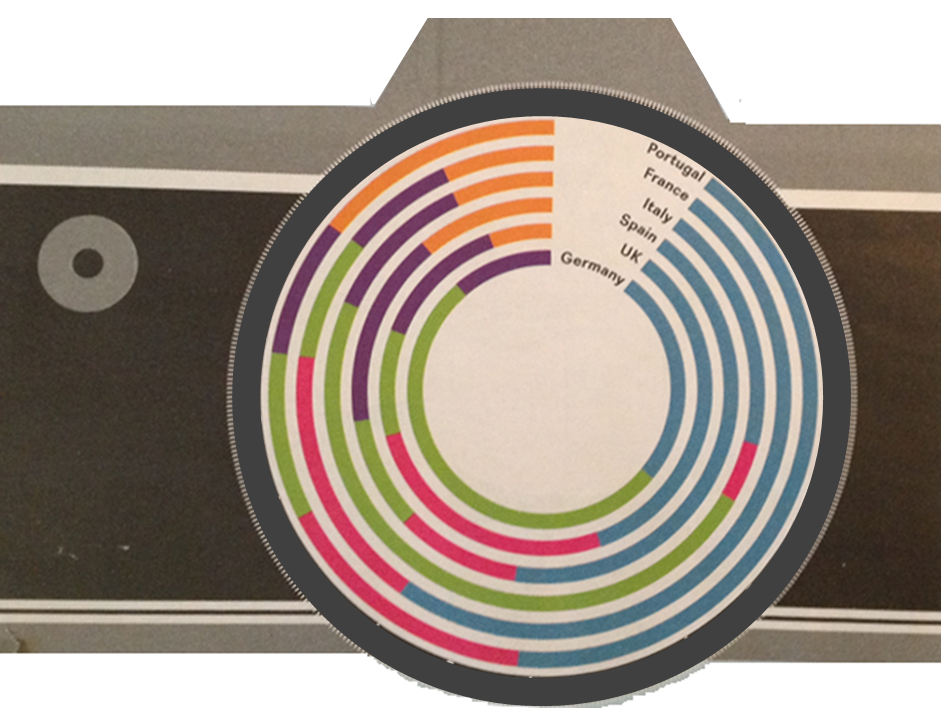 I was flying back to the UK from Switzerland a few weeks ago and I saw this picture on the inflight easyjet magazine, Traveller (partially edited). I think it could promote some rich in class discussion.

They asked people in different Countries what they took pictures of and put the answers into 5 categories (blue, pink, green, purple, orange).

This would be a nice image to show at the start of a lesson. You could ask students what they take pictures of most often, try to put the answers into five categories, and try to guess as a class which category goes with each colour.

The catergories are as follows:

Interestingly, the survey was conducted on facebook (no numbers given). You could discuss as a class which people are most likely to complete the survey and to what extent this affected the results.

Once the students know the categories, ask them if there is anything that they wouldn't have expected?

After discussion, you could ask what proportion of photos from people in the UK are taken by family and friends? First get some guesses then get them onto trying to figure this out. I like the fact that the chart doesn't represent a full circle - adds in an nice extra dimension for problem solving.

A sequel could be creating a picture like this for themselves.